Jeep Cherokee changes the game for 2014 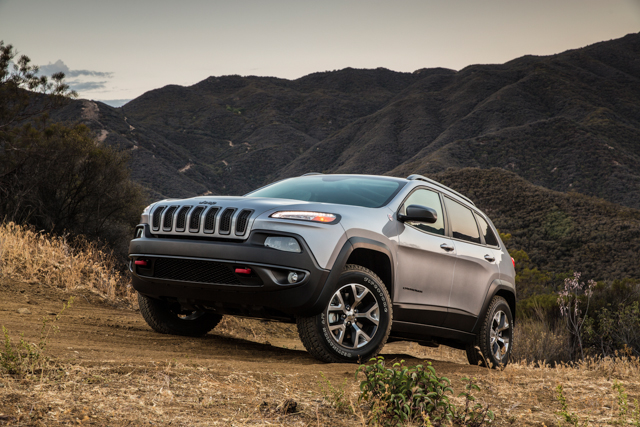 Jeep seems determined to shake up its most conservative buyers. When the classic, box-shaped Cherokee went away in 2001, it was replaced by the much softer-edged, compact Liberty. Despite that vehicle's great off-road capability, the purists never really took to it, and the bulked-up second-generation Liberty didn't fare much better, caught as it was between a growing demand for more carlike sport-utes and a name that didn't command respect. For 2014, the Cherokee name returns to Jeep's midsize offering. But now, it's the styling that's radically different.

It's hard to believe that the Jeep Liberty has been gone more than a year now. From a marketing standpoint, that's a big deal because it's left Jeep without an entry in the compact SUV market. The Liberty bowed out of that dogfight because it was too rugged to compete with the urbanified Honda CR-V, Toyota RAV4 and Ford Escape. But how to match those vehicles while maintaining Jeep's "Trail Rated" credibility? The Cherokee's blend of good off-road ability, fuel economy, and on-road driving dynamics is certainly one answer, and it's a convincing argument. If only, for the purists' sake, it didn't look so … weird.

Don't get us wrong; we like the looks of the new Cherokee. But SUV buyers have not traditionally embraced radical departures from the norm, as past iconoclasts such as the Isuzu VehiiCROSS and Axiom and the Subaru B9 Tribeca quickly discovered. Still, there's room for creativity, and the Cherokee does manage to slip in some heritage-based styling cues. 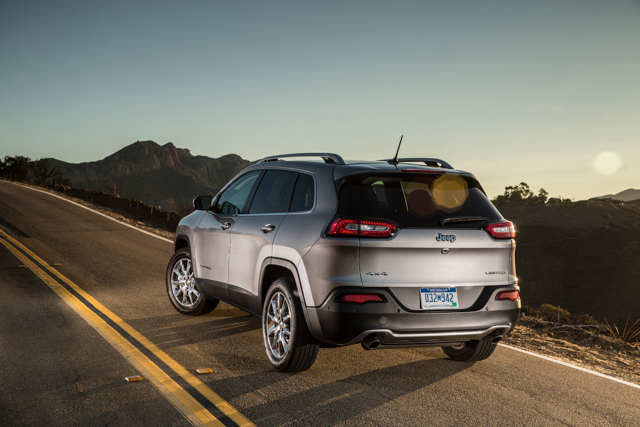 Let's talk about that face. Jeep purists don't like the smooth, even cutting-edge look. It doesn't bring to mind images of a rugged, utilitarian vehicle -- the Land Rover Discovery, Wrangler and even the original Cherokee have established that tough equals square. Then again, the Evoque and other Land Rovers have proven that you don't have to have corners to perform off-road. That's a good thing for the Cherokee, which seems to lack any corners at all. Fun fact: The "bent" grille has appeared on Jeeps before, for folks who remember the 1974 Cherokee. The Cherokee uses a single-piece aluminum hood, and the extravagant, dash-shaped lights actually are daytime running lights; the Cherokee's actual headlights are down low. The trapezoidal wheel arches are a Jeep hallmark, as well.

The Trailhawk is the new off-road model, and it gets a different front fascia, with functional tow hooks. Seventeen-inch wheels and taller tires unique to the Trailhawk also are used. It's got a wider track and broader fender flares to cover the tires, skid plates front and rear. The Trailhawk looks significantly more aggressive, and it's actually a competent off-roader.

No, seriously. The Cherokee may look like a soft-roading crossover, but Jeep has ensured that it can be equipped to proper "Trail Rated" specification, even if it hasn't got solid axles. The Cherokee is available with one of three four-wheel drive systems. Active Drive I disconnects the rear axle on dry days. Active Drive II adds a low gear with crawl capability, and the top-range Jeep Active Drive With Lock adds a locking rear differential. It's standard on the Trailhawk, of course. The MacPherson strut front, multi-link rear suspension provides generous wheel travel, and a SelecTerrain system similar to that of the Grand Cherokee, is available. The system prepares the stability control and traction control for a range of different surfaces: mud and rocks and sand and so on. The fancy Select Speed system, which enables the driver to lock the Cherokee to a set speed up to about 8 miles per hour, assists on steep inclines or descents, and helps in crawling through rough terrain. Jeep offered the chance to drive the Cherokee Trailhawk through some thoroughly unpleasant terrain, including a rocky, uneven dry riverbed with steep, narrow ascents and descents. The Cherokee performed heroically, showing off very direct and controllable steering, decent visibility and ease of placement, and the SelecTerrain system did an excellent job of keeping wheelspin to a minimum and keeping the truck moving.

Back on pavement, the Cherokee exhibits decent road manners as well. The ride is comfortable and quiet to the point of being unobtrusive and even a bit uninspiring, but then this is a Jeep; most buyers aren't interested in an inspired ride on the freeway. 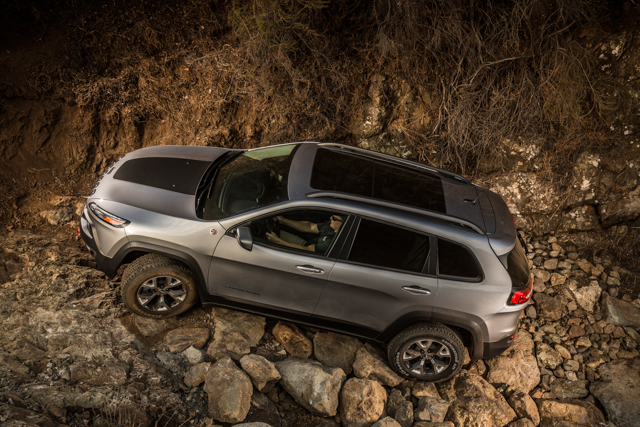 Two engines are offered; the Cherokee is one of the last vehicles in its class to still offer V-6 power as an option. The standard 2.4 liter four-cylinder gets 31 mpg on the freeway and produces 184 horsepower and 171 pound-feet of torque. A variable intake valve-management system provides smooth power delivery. The optional 3.2 liter V-6 is based on the 3.6 liter Pentastar V-6. Jeep reduced the engine size to improve fuel economy, but this engine still produces a healthy 271 horsepower and 239 pound-feet of torque. The new nine-speed automatic transmission is used on all Cherokees and is deceptively small, so it fits into this compact car. The additional gears allow wide ratio spacing with small steps in between gears to provide a smooth ride.

Like the Grand Cherokee, the Cherokee's interior has been redone in a fairly upscale fashion, taking it beyond the "gray box." The interior's upper instrument panel is shaped like that of the other Jeeps in the lineup, and there's an under-seat storage cubby large enough for a pizza box. There's a 7-inch TFT screen in the center of the instrument panel, with reconfigurable information display. The fully-automated Park Assist also is displayed there (the steering wheel sometimes blocks it while it's working though). Terrain Select settings and other vehicle information are also put right in front of the driver. There's comfortable seating for four or five, and the cargo area can be accessorized with an off-roading kit in the Trailhawk or a soft-sided cargo management box that can hold up to four grocery bags. 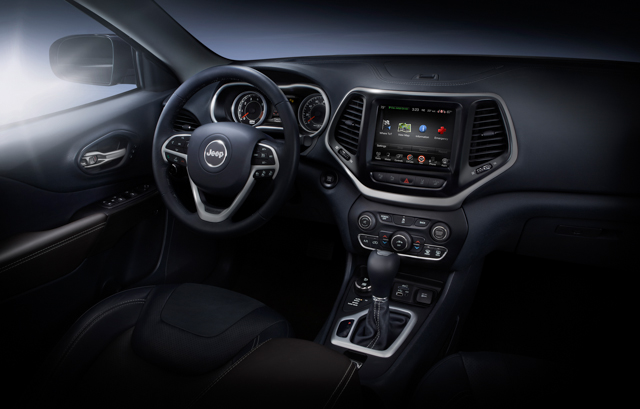 All of this is decorated with an unusually broad palette of interior colors with international themes. Cherokee buyers can select from the Morocco, Iceland, Kilimajaro, Grand Canyon and Vesuvio color themes. A dual-pane sunroof is available, and Jeep also offers the canvas SkySlider open-air roof that once set the Liberty apart. Other available equipment on the Cherokee includes a blind-spot monitor, backup camera, front and rear Park Assist, a lane departure warning system, adaptive cruise control with full auto stop and a parallel and perpendicular-parking assist. When parking or rolling at low speeds, the new Park Stop system will stop the Cherokee for a moment to get the driver's attention if it detects an obstacle the driver doesn't notice.

Whether it's outfitted for the daily grind of the suburbs or to tackle the trails, the Cherokee's a grand return to form for the storied name … even if the form that it takes doesn't necessarily say "Cherokee" to many buyers. This vehicle's a quantum leap forward over its predecessor, and it's likely that the future of SUVs lies in this direction. Cherokee pricing starts at $22,995 for the basic Sport model with two-wheel drive. Four-wheel drive adds $2,000 to the bottom line. The more upscale Limited starts at $27,995, and the Trailhawk comes in at $29,495. 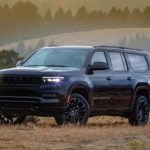 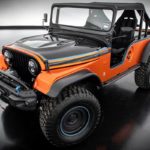 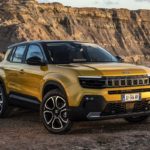 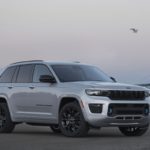 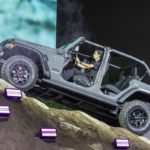