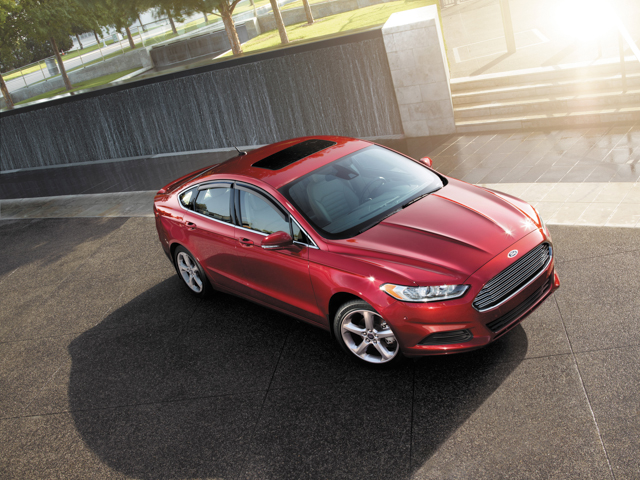 The latest Ford Fusion has made its mark as a family car that's suddenly punching above its weight in terms of refinement and amenities. The Aston Martin-esque styling already is familiar, since Ford was showing it off a full year before it went on sale, but the car beneath the new skin is a pretty impressive vehicle. It's not inconceivable that if the new Fusion had come out 20 years ago, it could have BEEN an Aston Martin.

Though it once was a junior sedan in Ford's lineup, the market has shifted and now the Fusion's a mainstream sedan competing with cars such as the Honda Accord, Toyota Camry and Chevrolet Malibu. Ford has taken a slick and sporty approach to the class, giving the Fusion a very different feel from its contemporaries, and the car stands out on the road and from the driver's seat. The underpinnings have improved as well, with better economy from the hybrid and plug-in hybrid versions.

The Fusion's styling is a bigger and sleeker version of the curves found on the Focus and Fiesta. Thin, horizontal grille bars dominate the front end, and the aforementioned Aston Martin resemblance comes from the shape of the hood, grille and headlights. 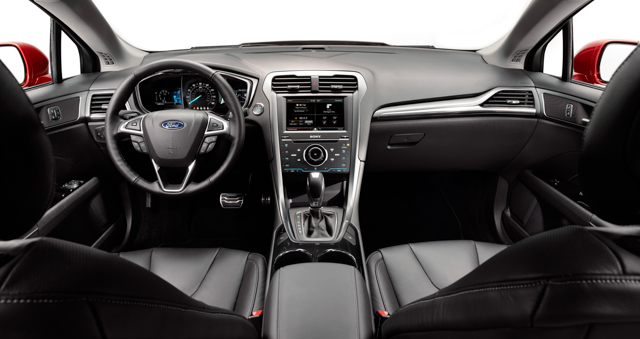 The Fusion's bigger than it looks; it's grown to about the size that the Taurus was a few years back. That means comfortable rear-seat room and an expansive front cabin with a big, sprawling console kitted out with Ford's MyFord Touch accouterments, of course. MyFord Touch is not the best of the current crop of smartphone-inspired touchscreen infotainment systems; it's slow to respond, and that makes it harder to tell if you've hit the right touchpoint while driving. Though it's designed to keep your attention on the road, it demands far more attention than would conventional buttons. Hopefully, it'll improve. For now, drivers can settle for taking advantage of the voice-activation commands provided by the SYNC infotainment interface. Other than that, the Fusion's new interior is fantastic, with a comfortably sporty driving position, fancy seat stitching, ambient lighting and a cool reconfigurable display. The seats themselves are thinner and use recycled materials.

The drive matches the high quality of the interior. The Fusion's one of the "fun" family-sized cars, like the Mazda6, and that exuberance comes on strong from the powertrain choices. Ford offers a choice of two four-cylinder engines, as well as hybrid and plug-in hybrid drivetrains. The standard powerplant is a 1.6 liter EcoBoost four-cylinder that produces 178 horsepower. This engine features variable valve timing, dual overhead cam construction and direct fuel injection and is good for up to 37 mpg on the freeway. A stop-start system that shuts the engine off at traffic lights is new for 2013. Upgrade to the 2.0 liter EcoBoost and you'll get 240 horses and a paddle-shifted six-speed automatic transmission. All-wheel drive also is available.

Handling is great too. This is the car you want to be driving when you're in a rush to make it to the airport on time and need to throw the car through some on-ramps with a bit more haste than usual. The fully independent suspension features MacPherson struts up front and a multilink rear, and both are tuned for responsive handling. The Fusion feels heavy-ish in a straight line, but takes a good stable set and communicates well while cornering.

A conveniently expansive suite of driver aids is similar to what you'd expect to find on a luxury car, and does much to improve the value story. The Fusion even (unfortunately for Ford) holds its own against the more expensive Lincoln MKZ, with which it shares a chassis. Available options include a Lane Keeping Assist, adaptive cruise control, Ford's cool active parallel parking assist, and a blind-spot information system. 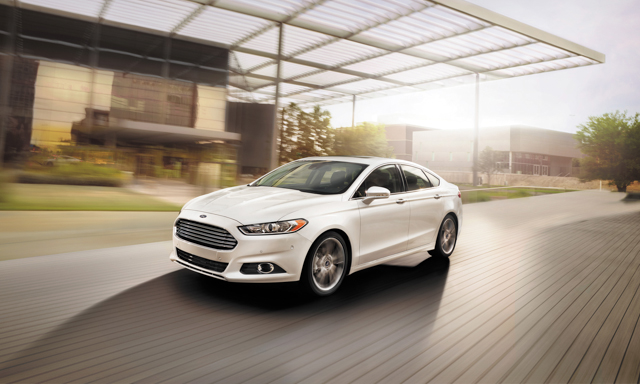 The Fusion looks to have the right blend of family-friendly size, upscale amenities and great road manners, and the pricing's reasonable, too. A decently equipped Fusion SE with the more powerful engine stickers for $23,700, and when well-equipped with MyFord Touch, the Active Parking Assist, navigation system and adaptive cruise control, the Fusion's still under $35,000. 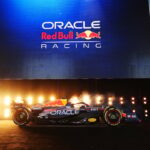 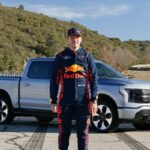 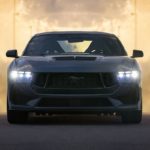 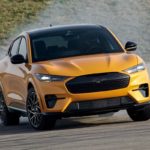 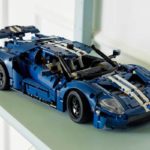