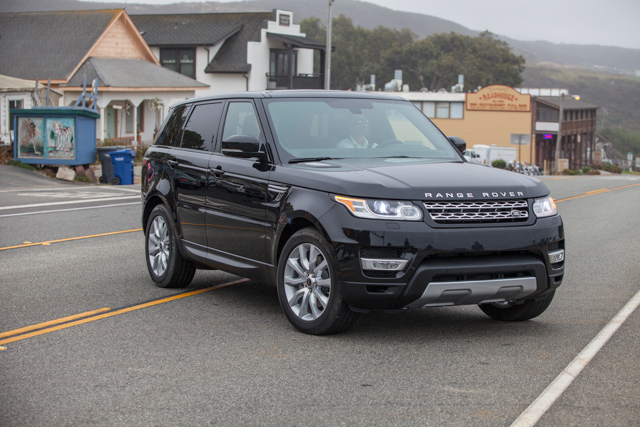 With the all-new Land Rover Range Rover Sport, Land Rover may just have done the impossible: It's created a vehicle that actually masters on- and off-pavement performance.

Say it ain't so! This breaks the mold completely. Conventional wisdom holds that a car must sacrifice on-pavement performance to improve its off-road capability, and vice versa. And yet, the new Range Rover Sport will hammer down ridiculously twisty roads at ridiculous speeds, then drive through ridiculously hostile terrain without getting stuck, and then roll up at a ridiculously expensive restaurant and look right at home whether you wash it off or not.

This is the best kind of vehicular ridiculousness.

There are big things happening at Land Rover. The Tata buyout of Land Rover and Jaguar was five years ago, and the Indian firm has returned both British marques to profitability. The fruits of that labor are ripening nicely; the Range Rover Sport is the third all-new Land Rover product in the past two years, and the brand's spirit clearly has not been diluted by the new management. The Range Rover Sport was developed at the same time as the latest Range Rover, and shares its aluminum-intensive chassis, though three-fourths of the components are unique. In keeping with the "Sport" designation, this vehicle has taken a completely different path from the larger Range Rover and now features a much greater difference in styling, feel and attitude.

The styling pulls off the neat trick of splitting the difference almost perfectly between the boxy, traditional Range Rover and the squashed, angular Evoque. The Range Rover Sport has a big, bold face with Land Rover's familiar vented-bar grille and wraparound hood. The body tapers at the rear, the roof sloping down to meet the shoulder line. It's not as extreme as the Evoque, but it does give the vehicle a dynamic and sporty look that places them both in the same family. Strong horizontal lines in the body are blended with large wheels and a roof that appears to float for a very unique profile. Wheel sizes range from 19- to 22-inches, and there are nine wheel-style choices. Mud and snow-rated tires are standard, but don't detract from the Range Rover Sport's decidedly performance-oriented stance. Contrasting roof colors and Brembo brake calipers painted red are among the many appearance options. 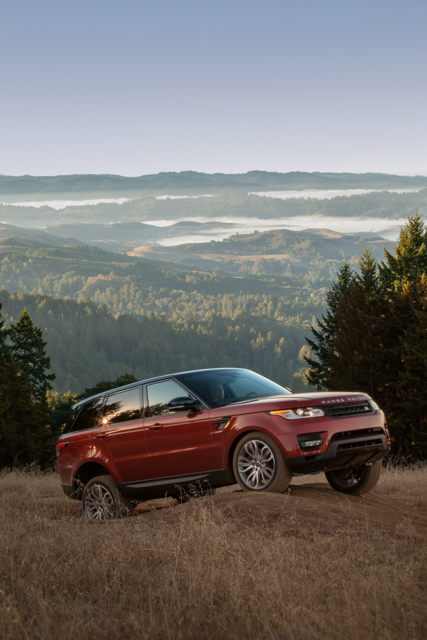 The interior's gotten some welcome revision as well. Higher sills give the Range Rover Sport a more cockpit-like feel, and combined with the handling it's easy to forget how tall the vehicle is until you step out. Cool, sporty stitching on the seats and available two-toning dress the interior up nicely. Heated and cooled seats are available front and rear, and the rear seats recline as well. There's enough room in back for luggage for four, and it's accessed by a power tailgate. Optional third-row "temporary" seats are handy for stowing kids for short trips, though not much more. This is possible because the wheelbase is 7 inches longer than before. Land Rover calls it "5+2" seating. The available panoramic sunroof brings the light inside. Amenities include Meridian sound systems, a navigation system and a rear-seat entertainment package.

The powertrain lineup will be familiar to those who've perused the Jaguar F-Type's engine family: The Range Rover Sport is available with a choice of a 3.0 liter, 340-horsepower supercharged V-6 or a 5.0 liter, 510-horsepower supercharged V-8. An eight-speed transmission and fuel-saving stop-start function are standard. The V-6 is a good base engine, providing decent urge and enough torque for the worst off-road conditions. The Range Rover Sport feels most special with the V-8, however. The louder engine provides a snarly soundtrack and face-stretching acceleration in any gear. The five-second 0-60 run will handily match that of the Jaguar XK. Somehow, Land Rover has managed to improve fuel economy slightly, as well. The new eight-speed automatic transmission handles power delivery smoothly and blesses the Range Rover Sport with a comfortable and confident freeway ride. 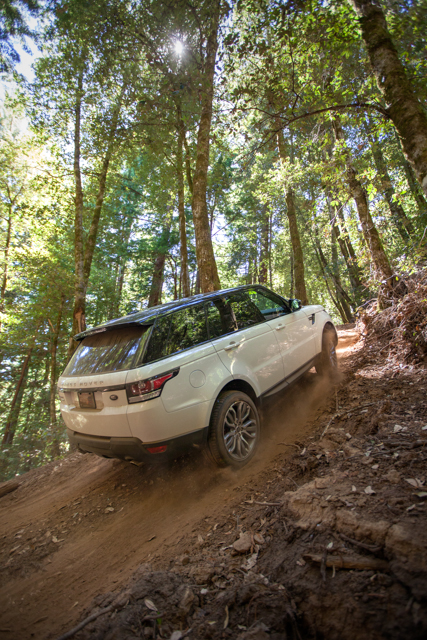 The new unibody is significantly lighter, with about 800 pounds trimmed after an exhaustive diet. The lightweight body and suspension contribute to dramatic improvements in road feel and responsiveness. The aluminum structure is riveted rather than bonded, for additional strength, and there are multiple layers of structure at critical joints, so the addition of the big panoramic roof doesn't reduce vehicle stiffness.

The new suspension uses double wishbones in the front and a multi-link rear. A new Dynamic Mode tweaks the Roll Control, shocks, steering, torque-vectoring and the rear differential for faster and crisper response on pavement. It's stiff as heck, but the Range Rover Sport will hold on confidently in tight bends, and cheerfully give fits to sports cars wondering why they just can't shake the SUV in the mirror. The Active Locking Rear Differential's operation now is quicker, and it works with a torque-vectoring system to predict and mitigate understeer on pavement by applying individual wheel braking. The level of intervention will vary depending on the Terrain Response system's setting. The Range Rover Sport is not a small vehicle, but it can be flung about with confidence on twisty roads, and the new Brembo six-piston brakes bring things to a halt with ease.

At the same time, the Range Rover Sport's got 21.5 inches of wheel travel, for excellent articulation off-road. By comparison, the BMW X5 has 16.7 inches, the Volkswagen Touareg 18.5 inches, and the Mercedes GL-Class 13 inches even. Around the 'burbs this is a pretty meaningless figure. But when crawling over uneven surfaces and dramatically twisted trails, it can mean the difference between continuing on and getting stuck. Terrain Response now includes an Auto setting that "reads" the terrain via the stability control system and self-determines the most appropriate program to choose. Off-road, this has mixed results, as the system's tendency to switch rapidly from one program to another can result in slightly unpredictable throttle and brake response. Off-road handling is further improved by a 360-degree camera system, though the Hill Descent Control and the sophisticated traction control take care of most of the difficult driving. 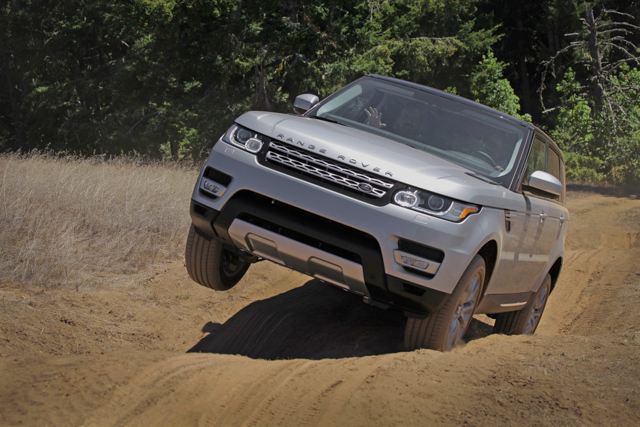 It ain't cheap, but the Range Rover Sport undoubtedly is one of the more versatile vehicles out there. It's a rare car that can impress both on- and off-road enthusiasts while still taking care of the most mundane automotive tasks. That makes the $63,495 starting price a little bit easier to take. The Range Rover Sport Supercharged, with its 510-horse engine, starts at $79,995. 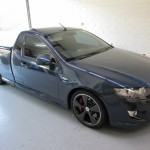