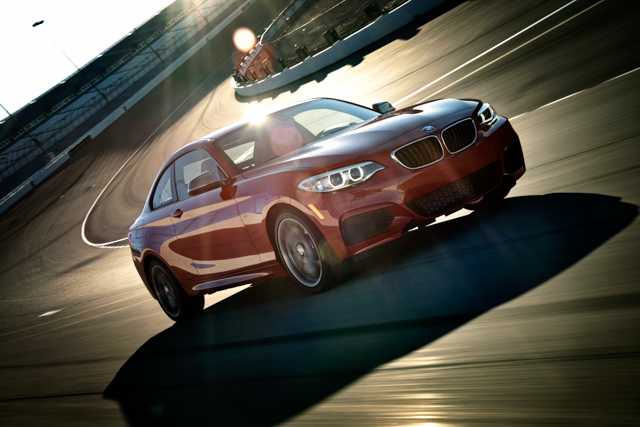 When the 1 Series coupe debuted in 2007, enthusiasts wondered if the spirit of BMW's 2002
had been reborn. Though the 1 Series was much heavier and more expensive than the 2002 was
in its day, the car's small size and entertaining performance suggested that BMW wasn't just
about premium crossovers and technobarge luxury sedans these days. The 2014 BMW M235i builds
on the foundation laid by the 1-Series, and proves that BMW hasn't lost sight of the simple
joy of driving an uncomplicated car.

For 2014, the 1 Series is renamed the 2 Series, but the M version is all new. With the
age-old combination of a lightweight body and a powerful engine, good times are practically
guaranteed.

At the curb, the compact M235i has received a styling upgrade that gives it a more grown-up
look. At a glance, BMW enthusiasts will be reminded of the 1992-99 "E36" generation of 3
Series cars, thanks to a more distinct, crowned hood and a sleeker greenhouse. Details like
LED headlight accents, chromed mirror caps and subtle rear fender flares also help to give
this little coupe some visual bulk. The M235i's high-performance status is evident in the
large lower air intakes and unique eighteen or nineteen-inch wheels. 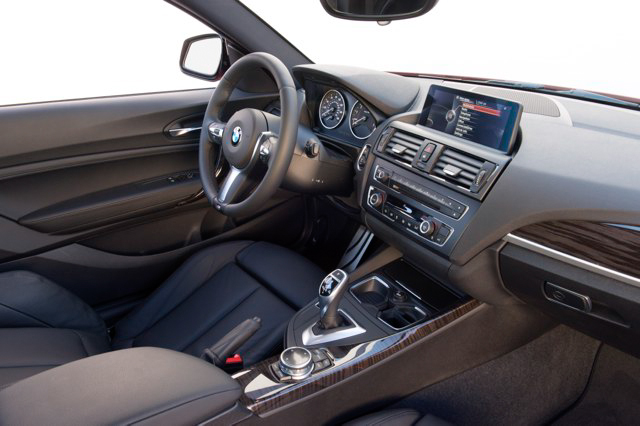 The interior has also benefitted from a round of upgrades. The dash is similar to that of
the current 3 Series, including a free-standing 8.8-inch information screen that's
controlled by the iDrive infotainment interface. A navigation system is available, as is
BMW's ConnectedDrive suite of smartphone apps. The M235i can be just as connected as its
bigger brothers, with automatic emergency calling, real-time traffic information, and the
cool M performance apps from BMW that offer performance tracking and other fun additions to
the driving experience. The available folding rear seat expands the 13.8 cubic-foot trunk.
Available wood and aluminum trim provide a luxurious environment, and even thought eh M235i
is a compact sedan, it still feels like a BMW should.

A lot of that good feeling comes from the powertrain, of course. Like the best BMW sport
coupes, the M235i is a small car with a much larger car's engine stuffed under the hood.
The twin-turbo inline six-cylinder that powers the current 3 Series and 5 Series is also
used in the 235i. With 320 horsepower motivating just 3500 pounds, this is quite a machine.
Twin turbochargers all but eliminate turbo lag, and direct fuel injection prevents dead
spots in the torque curve. A limited-slip rear differential is also available. The ample
torque can be felt with every stab of the pedal. Zero to sixty comes up in just 4.8
seconds, and the light weight means that the M235i still returns 32-mpg fuel economy on the
freeway,. A choice of six-speed manual or eight-speed automatic transmissions is offered,
and of course rear-wheel drive is the only powertrain choice. Out on the road, the
emotional M235i brings back great memories of high-performance BMWS past. This car inspires
the same passion I felt when I started driving at age sixteen, and shows that BMW's still
got the driving spirit down beneath all the technology. Racers take note: BMW will offer
an M235i Racing package just for track duty as well.

This car captures the essence of driving that made the classic 2002 a great car; it's fun to
drive and practical, with a timeless design that skips the gimmicks for a simple
purposefulness. An instant classic? Just maybe. M235i pricing starts at $44,025. Want a
less caffeinated version? The junior 228i is powered by a 240-horsepower 2.0 liter
turbocharged four-cylinder, and starts at $33,025. 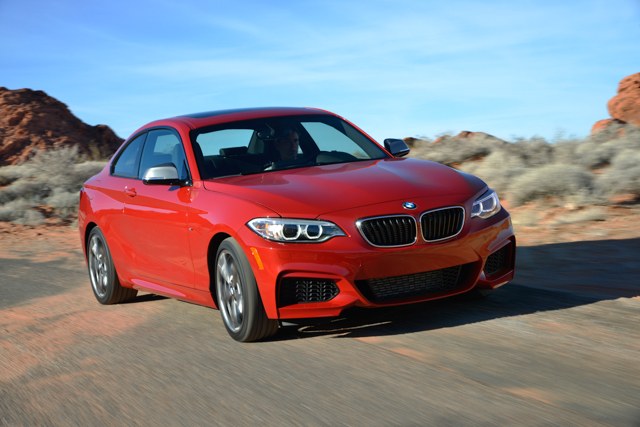 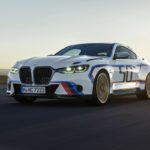 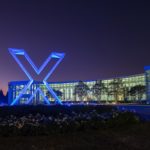 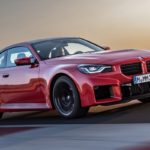 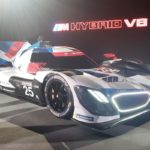 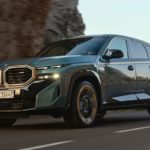 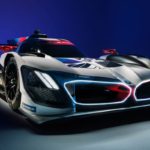